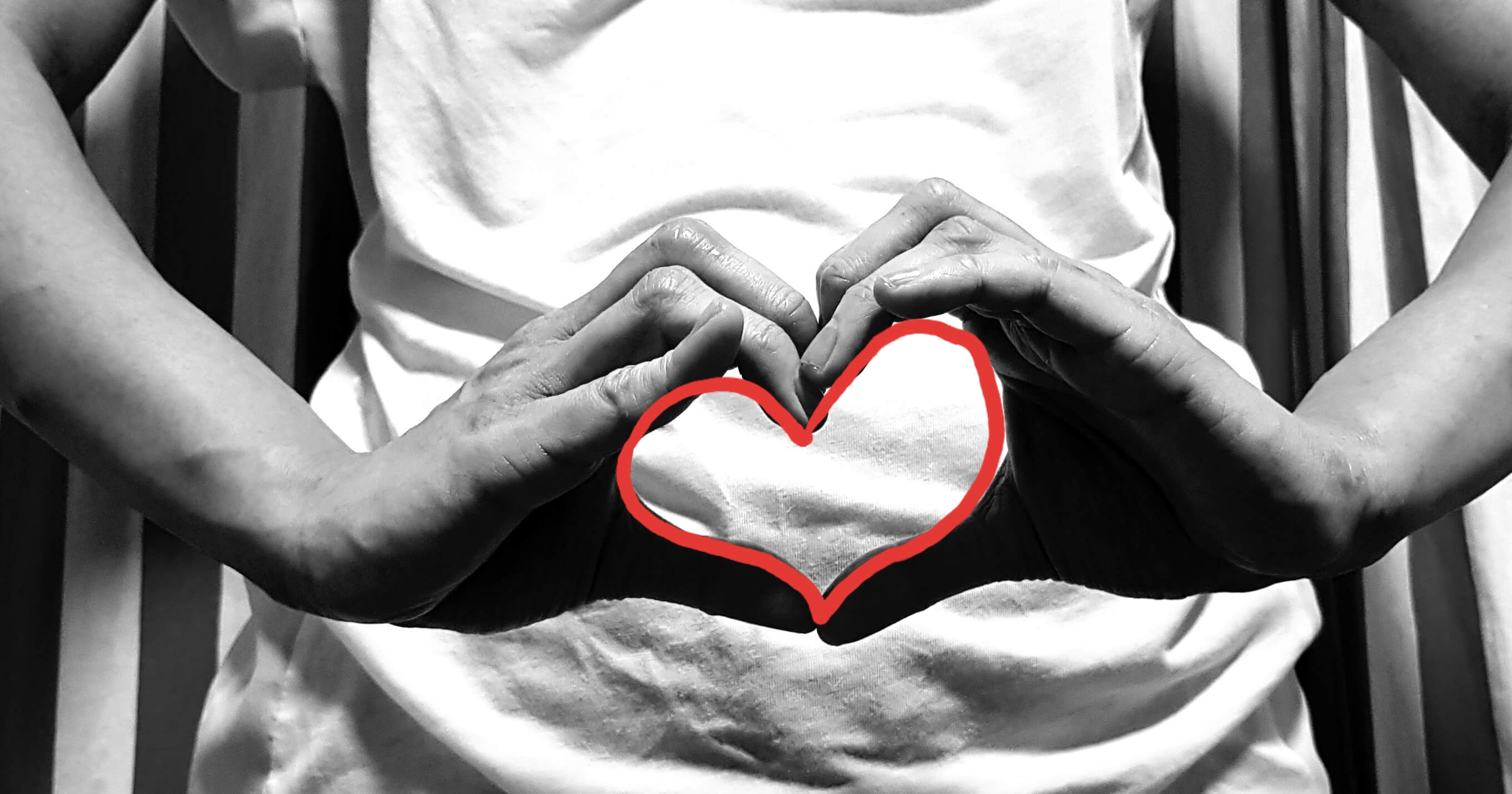 I’m anxious when I’m around other people. Especially big groups of people.

The darkness I went through left me scarred, cynical, and depressed. At times, I had zero desire to have any interactions with the world. Someone might try to hurt me again. Or try to take advantage of me. I hate that feeling of being powerless, at someone else’s mercy. HATE IT.

So, I retreated to my own world. A safe space where I can explore, brood, and create. I had always been introverted, but after the darkness passed, my introversion went off the charts. I MUST have my personal space.

I know I can’t just bolt shut the door to my world and stay in there for the rest of my life. Like it or not, I have to deal with people somehow. I fear I’d lose my ability to relate to others. Or forgot how to be kind and empathetic.

I like solitude and independence.But I don’t want to turn into a recluse, either. It took a while to admit this, but …

… at some deep level, despite everything, I still wanted to make human connections.

I resolved to venture out of my comfort zone more. Speak to people. Get to know them beyond surface level. Be someone people want to hang around with.

It’s scary. Putting myself out there and opening my heart sometimes make me feel exposed. I hate being vulnerable.

Still. I try. Every now and then, I reach out to connect.

A woman approached me at the mall, asking for directions to a shop.

I told her, but after she left, I realised I had given the wrong directions.

I debated whether to run after her and tell her.

I was not in the mood to talk to anyone that day. Why did I have to care; she was a stranger. I don’t owe her anything. Anyway, the mall was not big, so she’d eventually find it on her own.

But I found myself chasing after her. “Wait! Sorry, I made a mistake. That place you were looking for …”

She smiled and said thanks. Then she added, “you are very kind.”

I was taken aback. A lump formed in my throat. No, I wanted to say. I’m not all that kind. I actually wanted to ignore you, because I ‘m tired and sad and don’t want to deal with people.

Instead, I smiled and said thanks.

As I left, I thought how nice it felt to do something kind for a stranger. I felt better. Maybe, I hadn’t lost my ability to care about other people after all.

There’s this song from the Cowboy Bebop anime that I’ve been listening to. It’s called “Gotta Knock a Little Harder”.

The song is about someone who withdraws from society, rejecting all attempts to reach out to them. One day, the person feels bad about staying within their own world for so long.  They remove the chains that bolt the door to their world shut. But when they try to open the door, they find it’s locked. Desperate, they bang the door, shouting for someone out there to open it. Gotta knock a little harder, gotta knock a little harder…

In other words, it’s a song about the consequences of locking yourself up in your own world. If you’re not careful, nobody will be there for you when you need them. People will forget you even exist.

That is the fate I want to avoid.

I didn’t want to go to my colleague’s house-warming party at first.

I am not a party-going person to begin with. Because, urgh, big groups of people! I do hang out with friends every now and then, but almost always on a one-to-one basis.

But I was new to my job and this was an opportunity to get to know my colleagues outside work. Besides, I didn’t have an excuse for not going. Nearly everyone was going to be there.

I’ll just eat and drink a bit and leave early, I thought.

That was what I did, except that I stayed longer than I intended.

I ended up having more fun than I expected. The host’s sister brought back about 17 kg (!) of cold cuts, snacks, and drinks from Vietnam. I tried Vietnamese coconut liquor for the first time. A colleague, high on booze, got all the couples to share stories about how they met and dated. We roared with laughter. The security guard had to come up and tell us to keep our noise down.

Still, I looked forward to going back home. When the first few folks started to leave, I went along with them.

The host took the lift down with us. It was a long way down.

She spoke, “I really appreciate you guys coming here today. To be honest, the past few weeks have been difficult for me. I’ve been worried about many things. The preparations for my marriage, my work, and my new life in Singapore. The fun we had just now made me feel a lot better. So, thank you for coming today.”

To think that I almost did not want to come …

Thank you for the food, drink, and the good time, I told her before I left.

And, quietly in my heart: thank you for the opportunity to step out of my world and connect with everyone.

Could a greater miracle take place than for us to look into each other’s eyes for an instant?

Oh, yes. I’ve experienced that before. That beautiful moment when a connection is made.

I know there are all kinds of wondrous connections out there to be made. But first, I need to step out of my world and open my heart. Be abundant, loving, and kind.

I try. I have to. Otherwise, it is too easy to slide into bitterness and cynicism.

So, I start with myself. If I’m abundant, loving, and kind, all kinds of beautiful opportunities bloom around me.

Opportunities worth stepping outside of my world for.

I normally eat dinner at home. Healthy, hearty home-cooked food. After that, I retreat to my room to do my own things.

Victor (not his real name), on the other hand, eats out most of the time. He lives alone at his rental home and does not cook for himself often. Except Fridays and Saturdays. Those are the days he treats himself to a home-cooked steak dinner.

That Friday evening was an exception. “I’m heading to the hawker centre for dinner” he announced as we left the office. Joining him were Lawrence, who was on Victor’s team, and Lawrence’s friend Danny (not their real names). “Heading home for dinner as usual?” Victor said, turning to me. I nodded.

So, I made a spur-of-the-moment decision.

The hawker centre was lively that evening, despite the fact that half the stores had closed. There was a chilled-out, TGIF vibe to the place.

We ordered our dinners and shared two bottles of beer.

Danny was an interesting guy. Retired. Has a wife and daughter. Also knows the best parties and after-hours fun, according to Lawrence. Danny’s first job was with our national airlines, a job that took him around the world.

“… Hamburg’s red-light district is big, but nothing compared to the one in Berlin!” Danny said. Turning to me, he added, “Don’t you go wandering around that part of Berlin at night! It gets wild, you know, chains and whips and all…”

“Oh, chains and whips are considered ‘normal’. Also, never argue with someone when they are on crack”, offered Lawrence.

“Whoa, all that is never gonna happen so openly in Singapore! Singapore is too clean” said Victor. The rest of us agreed.

I learned that Danny and Lawrence had first met in Hamburg, which was Lawrence’s hometown. It was Danny who helped Lawrence find a job in Singapore.

I didn’t join the men for their next activity. They were off to a bar or pub somewhere. I was amazed at Victor’s stamina: he has something to drink earlier that afternoon, something to drink during dinner, and now he was going to get more drinks. I hope he wouldn’t lose consciousness before getting home.Well, better to pass out drunk somewhere in Singapore, than the wrong corner in Berlin or Hamburg.

Danny went off somewhere, while Lawrence went to withdraw cash. For a while, Victor and I were alone together.

As we turned to go our separate ways, our eyes met.

The moon was round and bright and beautiful that night.