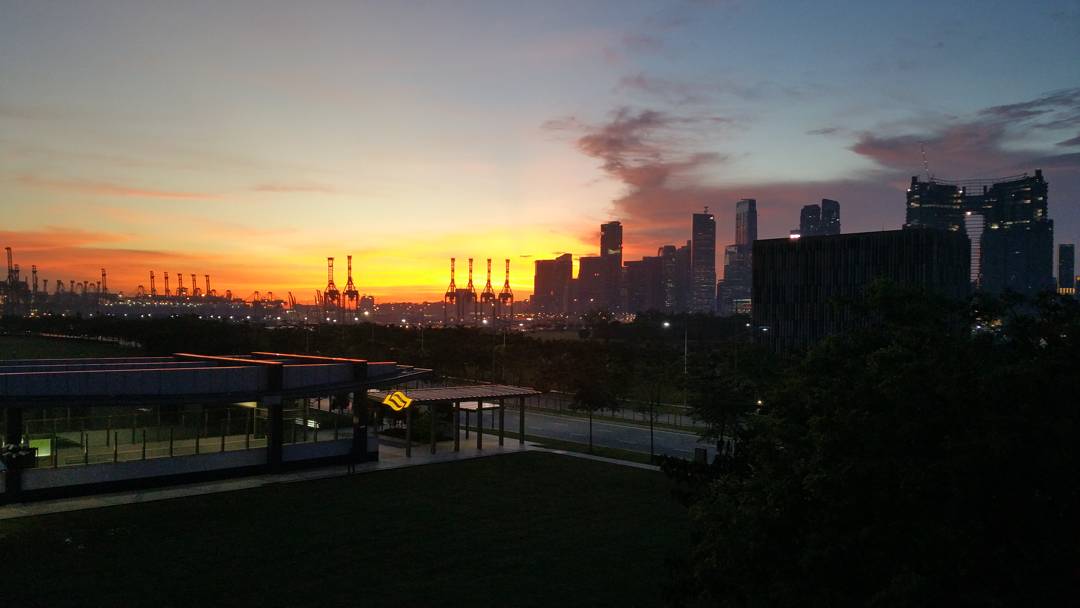 One night, Victor* got so drunk, he vomited on a white BMW that was parked outside the restaurant.

A few seconds ago, I had persuaded him to go home instead of heading to a pub to drink more. He agreed and tried to hail a cab with his phone. I turned back to check whether the cab I hailed had arrived. That’s when he threw up.

“Urgh, gross!” my colleagues exclaimed. We were all in various states of drunk but Victor was in the worst state. We should not have ordered that much soju and beer during dinner.

My cab arrived. Before the cab left, I lowered the window and yelled to my colleagues, “Keep an eye on Victor!”

I leaned back. What a night. When Victor returned to work, he’d be teased about his throwing up.
This wasn’t the first time Victor embarrassed himself when drunk.

I was sure it would not be the last, either.

*Not his real name

****
Victor is one of the folks at work who I am closer with.

Cares a lot about the team.

He has a drinking problem. To begin with, he has a high alcohol tolerance, so he can chug down loads of booze before he gets drunk. He said he boozed a lot during his university days and was quite the party animal.

This year, he has gotten drunk more often than the year before. Sometimes, he’d get so hungover that he’d call in sick the next day.

I wanted to believe that he just likes to drink, and there was nothing to be concerned about. That he was an adult who knew how to take care of himself.

But I couldn’t shake off the suspicion that he was troubled. Stress at work, perhaps. We work at a startup after all, and it could get pretty intense. He also got more job responsibilities this year. There were probably other personal issues bothering him, too.

I grew increasingly worried about him.

***
I told Anna* about Victor when I met her over lunch.

Anna was the one who encouraged me to seek mental health therapy. We were talking about our mental health journeys and how mental illness shouldn’t be so stigmatised. I mentioned Victor to see what she thought of him.

“Oh, I used to be like that. For more than a decade, I was addicted to alcohol. I’d black out from drinking and couldn’t remember what happened the next day. I don’t drink now. I haven’t drunk for a few years already.”

I had no idea. “What were you trying to run away from, back when you drunk so much?”

“Family issues. To be honest, I’ve always been ashamed of my parents, growing up. So, I turned to alcohol to cope better.”

“Were you stressed at work too?”

I didn’t know what to say. I looked at the slim, fashionably-dressed lady sitting in front of me. This lady who now holds a senior position in one of the most famous software companies in the world. Someone whom I’ve looked up to for her strength and independence.

I never knew her troubles were so bad.

***
One night, the song “How to save a life” by The Frey popped up in my YouTube suggested video list.
I haven’t listened to that song since my late teens. But I somewhat remembered its raw and emotional lyrics.

When the chorus came, I burst into tears.

This hit too close to home.

I thought of Victor, boozing his life away.

I didn’t think he was a pathetic loser. At some points of my life, I was a deeply troubled person too. Just that instead of boozing, I coped in other ways. I thought of Anna and her battle with alcoholism. I thought of my best friend, who was once so stressed she had five consecutive vodkas and threw up. She’s now a clinical psychologist who helps people with their mental health issues.

Everyone is fighting their own battles, in one way or another. Even some of the toughest people out there have some kind of hidden hurt.

This was one of the most important lessons I learnt in my twenties.

***
The next time I went for mental health therapy, I told my therapist about Victor. I told her my fears and despair over what he was doing to himself.

“Dying from liver cancer due to drinking is a possibility, but that’s an extreme one!” my therapist exclaimed. “Sure, he’s not doing his health good. But who knows for sure what could happen to him in the end? There are many other possibilities, and an early grave is just one of them” I was being extra paranoid again, it seems. I’m still working on this.

But was his drinking any of my concern?

Just be a good friend.

***
One evening, Victor asked me out for dinner.

He had never done that before. I wondered if he wanted to discuss something with me.

He didn’t. I think he just wanted company that night. I didn’t mind, I was happy to be there for him.
We had beers along with dinner, four glasses altogether between the two of us. But he was lucid throughout the evening. We spoke about various things, from work to anime to food. We even touched on his drinking a little. He acknowledged that he drank more this year and said he was upset about some recent happenings at work.

I can’t remember what prompted me to say this, but I mentioned that I was going for mental health therapy. This was the first time I told someone at work about this. For a few seconds, I was scared of what Victor would think of me.

“Oh?” he said, surprised. He asked what made me go for mental health therapy, and I said I had mild depression. “I’ve been depressed before, too” he admitted.

Victor spoke about how, when the company he started a few years ago crashed and burned, his life became a train wreck. He’d find it hard to get out of bed and kept thinking of going back to sleep. He isolated himself so much that his co-founder had to turn up at his house to talk to him.

After dinner, we visited the waterfront near the Central Business District. We sat by the water, talking and admiring the glittering night time cityscape.

I laid my head against Victor’s shoulder. “What’s up?” he murmured. I smiled but didn’t say anything. Sitting so close to him like that, I thought about everything I knew about Victor. His flaws, strengths, quirks, life story, hopes, dreams, fears, boyish good looks…

He’s not perfect. He’s human, with all the complexities and contradictions that come with being human.

I don’t know what will happen to him.

But, on that perfect evening, sitting side-by-side in the soft glow of city lights, I decided that I’d be there for him.