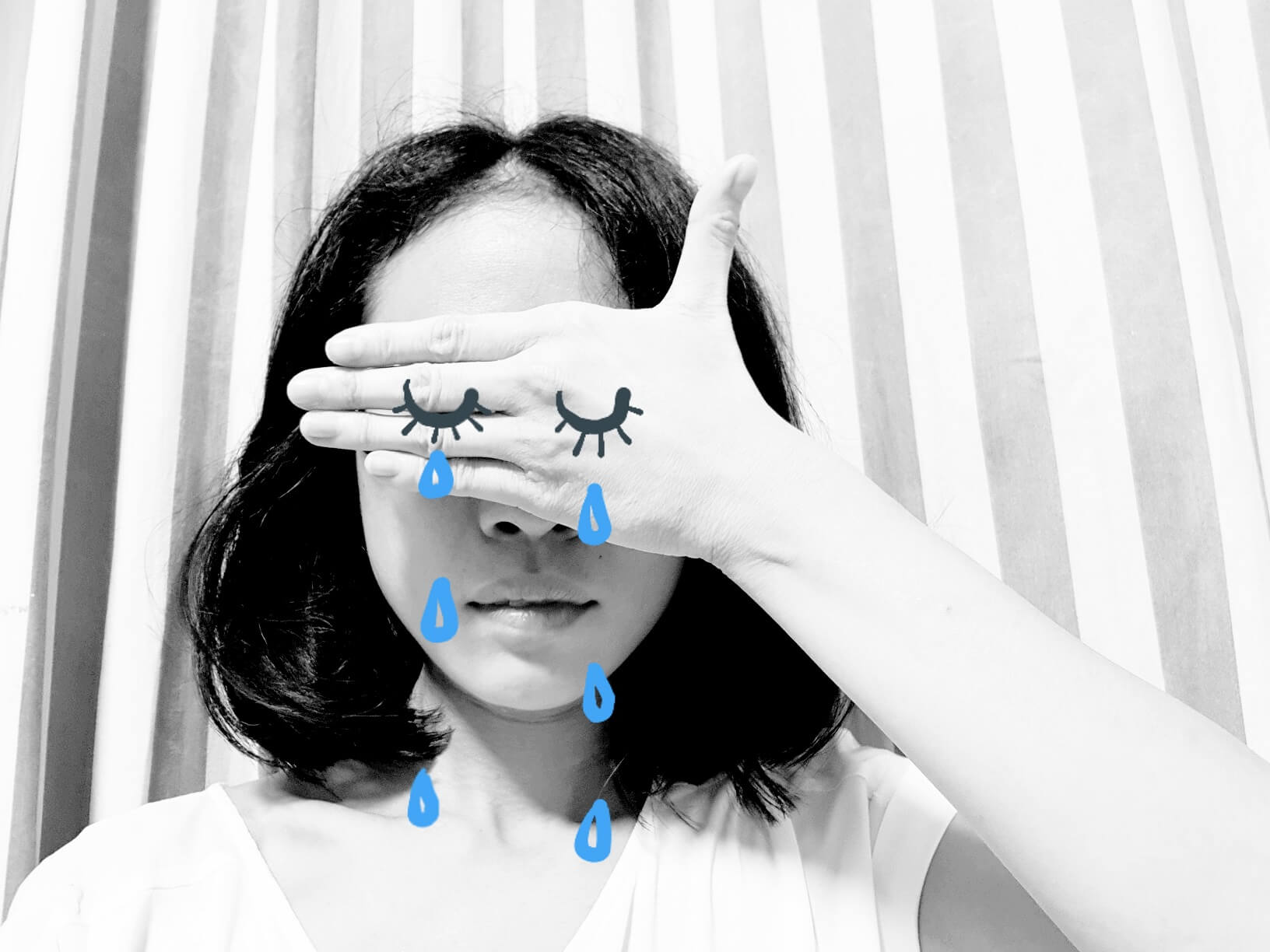 All names in these stories have been changed to hide the protagonists’ real identities.

“I fell into a depression during my graduate studies” she confided.

“Yeah. There was so much crap happening at that time. With my colleagues, with my department, with my housemates … It got overwhelming. One time, I downed five consecutive vodkas, and then threw up.”

I couldn’t imagine her doing that. Misato? My stoic, tough-as-nails good friend whom I’ve known for so many years? The one who heard me out whenever I had my own bouts of depression and anxiety?

Misato is a good listener. As a psychologist, she helps people manage their feelings and mental health. So calm, cool, and collected. I’ve always admired that about her. I, on the other hand, could be such an emotional wreck.

So, when she told me that she had suffered from depression, I was shocked. I never knew, I couldn’t tell. When we spoke or messaged each other (she lives overseas), I didn’t get the impression that her troubles were that bad. I knew she had some difficulties but thought that everything was under control.

I asked Misato how she managed to keep the full extent of her problems to herself for so long.
“My parents don’t really listen to me so since young, I’ve dealt with most of my problems on my own. Over the years, I’ve had loads of practice keeping my emotions in check and putting on a poker face. Even in hostile or stressful situations.”

How did she overcome the difficulties she faced during her graduate studies?

“Focus on completing my thesis. Depression among graduate students is actually common. Once, a teacher asked my classmates and I how our theses were going. A guy suddenly broke down and admitted that things were not as well as he hoped. We were shocked.”

Misato said that these days, she’s better at opening up about her problems instead of trying to work everything out by herself. A while ago, she told me all about her horrible boss and her secret plans to get out (she did eventually get a great job offer). I felt honoured to be someone she trusted to confide her problems to.

“I don’t like it when people assume that just because I am a psychologist, I can ‘self-cure’. Nonsense! Psychologists are human too. We have our vulnerabilities and fears.”

I messaged Sheng one rainy afternoon, after a phone interview.

The interview went well on the whole but I was afraid. Afraid that I would not be able to find a good job after my current one ended. Afraid that I was not good enough for anyone. Afraid of staring down the abyss of unemployment again.

So, I contacted my mentor, Sheng.

Sheng is an ex-military bloke who switched over to internet marketing. Over the years, he has seen it all in the local internet marketing scene. Drama and betrayals. Trends coming and going. All kinds of dirty tricks and behind-the-scene ugliness.

Somehow, he managed to navigate his way around the messiness of the industry, stick to his principles, and overcome some serious setbacks. He’s been supporting his family with internet marketing for over ten years now.

I got to know Sheng through a networking event for internet marketers. A mutual friend, who knew I was having job troubles back then, insisted that I go and meet Sheng. I’m glad I did. Somehow, despite our very different backgrounds, we hit off and Sheng became my mentor.

I could feel my anxiety engulfing me as I messaged Sheng. Tears rolled down my cheeks. This is irrational, I thought. I mean, it’s not like the hiring manager told me that my application was unsuccessful. But somehow, that day, I felt so terribly afraid, lost, and alone. My inner demons were coming back to haunt me again.

I conveyed all those fears to Sheng over text. As I typed, I felt better. Sheng would know what to say. He, too, has known desperation, insecurity, and crippling self-doubt. And overcame them all.

A short while later, Sheng replied.

He addressed my fears one by one. Then ended off with this:

“Be kind to yourself. You are talented. You are worthy. Let nobody or yourself despise you.”

Sheng’s words helped me through the rest of my job hunt. A couple of months later, I managed to find a much better job than my old one.

When I look back on that rainy afternoon, I think of these words by Elizabeth Kubler Ros:

“The most beautiful people we have known are those who have known defeat, known suffering, known struggle, known loss, and have found their way out of the depths. These persons have an appreciation, a sensitivity, and an understanding of life that fills them with compassion, gentleness, and a deep loving concern. Beautiful people do not just happen.”

I’m glad to have known such beautiful people. I want to be beautiful like that, too.

“I graduated in the middle of the great recession. The only companies that were willing to hire at that time were early stage startups, so I joined one. That company closed down about a year later. I joined a few other startups, none of which worked out. I got sick of the area of America I was living in, so I decided to start a new life in Singapore.”

We were on the public train, heading home after a dinner with our colleagues. I was glad for this opportunity to get to know each other. Victor and I are from different departments. We’d see each other around the office, or during team lunches, but didn’t know each other well. Until that evening.

“In Singapore, I decided to start my own startup. Yeah, it’s strange, I left startups in America only to set up my own in Singapore. My business partner and I managed to get good traction early on, not just in Singapore, but also in the Southeast Asia region.

But about a year and a half into the business, things started to turn sour. We were losing money. Finally, we had to close down at the two-year mark. I began to look for jobs.”

That was one of the toughest periods of Victor’s life. He’d be up at about 3am doing phone interviews with companies in America, not telling them that he was actually in Singapore. He did freelance work to support himself. He was burned out; his life was “a train wreck”.

Finally, an ex-boss of his introduced him to our boss, who had just set up our company after graduating from a famous incubator programme. Victor was among the first few to join our company. Today, he is one of its most valued members, and pretty good at what he does.

Victor’s happier now than he was at that nadir of his life. He’s one of the most boisterous people in the office, always cracking lame jokes and giving his uncensored opinions about various things.

Sometimes, I wonder if Victor is still affected by those turbulent first few years of his career.

He’s a heavy drinker. He does not drink often, but when he does, he can chug down a surprising amount. There’s been at least two occasions in which he drank too much late into the nights and passed out. No other colleague of mine has ever gave in to booze like that.

Maybe, he just likes alcohol. A lot. Or maybe drinking is his way of letting loose after a hard day’s work.

Yet, I can’t help thinking that it’s connected to that difficult period of Victor’s life. That, and maybe some other crap that was also going on back then. Misato and her five consecutive vodkas come to mind.

I know too well what it’s like to have a tumultuous and uncertain start to adulthood. I still remember the soul-crushing hopelessness and despair. Back then, I kept wondering how the hell did I fail so badly in my adult life, so early on.

The pain lingers till today. I asked Misato about it once, why I sometimes feel so sad even though my life on the whole is much better now. She said that I might have Post Traumatic Stress Disorder. I was shocked; I thought that only happened to survivors of life-threatening events. No, she said, it can also happen to people who experienced milder traumatic events like job losses.

I wanted to tell Victor that I had been through a similar kind of hell before. That I understood and empathised. Admit that the darkness from a few years ago still gets to me. Was it the same for him, too?

But this was my first good, long conversation with Victor. I was reluctant to open up a torrent of emotions. So, I didn’t say much after I heard his story. Someday, when we know each other long enough, I’ll tell him mine.

The train was nearing my stop. I wished we could’ve talked longer; I enjoyed getting to know him.

“It’s your stop now,” he said. He sounded like he was reluctant to admit it.

I smiled. “Yes, but I’ll see you again, soon.” We bid each other goodbye and I alighted.

That evening, something connected.