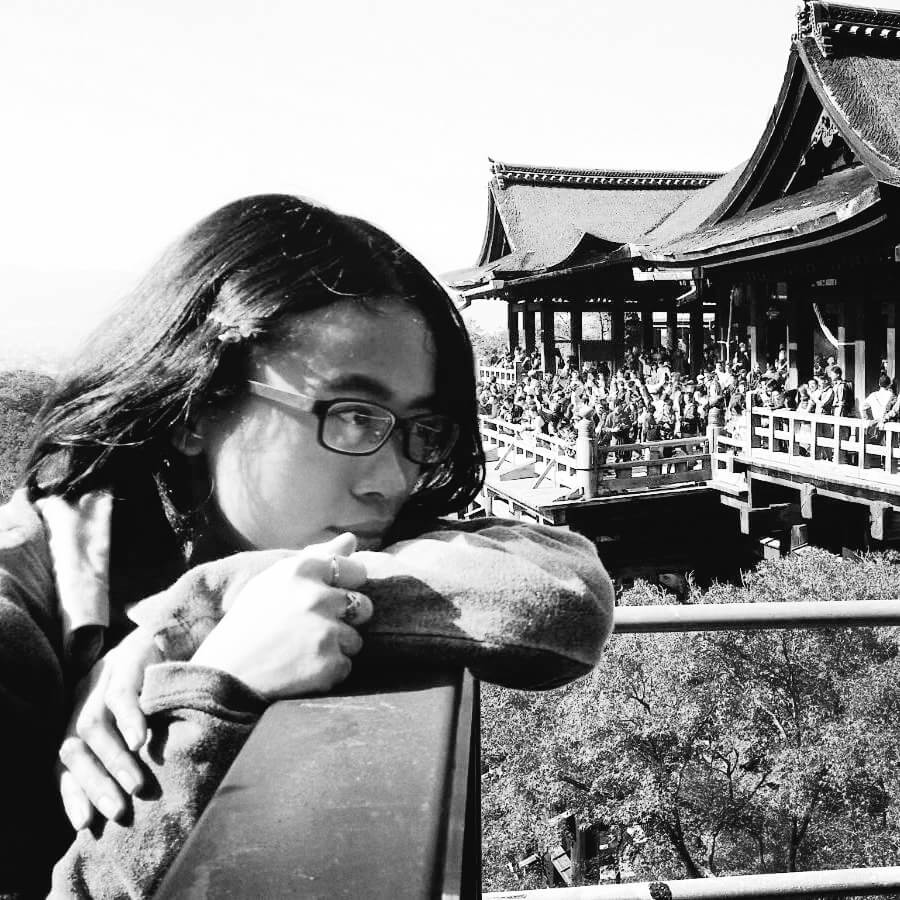 “When I first moved to Singapore, I went to a lot of meetups”, Yasuko told me.

“What sort of meetups?” I asked.

“Language exchanges. There were folks who wanted to learn Japanese, and Japanese speakers who wanted to brush up their English. I signed up for yoga classes. I went to bars. The people I met introduced me to more people. That’s how I expanded my social circle.”

We were at a rooftop bar near the Singapore Central Business District. The cityscape glittered and twinkled in the evening darkness. It was my first time up here and the view was just as beautiful as I thought it would be.

Yasuko and I met at a networking event a few years ago, at a different rooftop bar near the city centre. We’ve kept in touch since then. We’d catch up over food, watch movies, and talk about many things. I consider her a good friend.

*Not her real name

Three bartenders were in front of us mixing drinks and serving customers. One of them is Yasuko’s husband.

“I was the one who asked him out,” Yasuko said. “We met at the bar where he worked, and I gave him my number. But he didn’t call me for several days. I got mad and went to the bar to find him. He apologised and said that he was busy at work. ‘I don’t mind going out with you,’ he told me, ‘so long as you are not a player.’ I replied that I wasn’t a player. So, we dated, and eventually got married.”

“Wow, that’s an awesome story! I like how you were so proactive. Back when you were single, were you always the one who made the first move?”

“Yeah, I was! I’d tell guys who I was interested in something like, ‘hey, you’re cute, let’s go out together.’ I didn’t use dating apps. I preferred to meet people in person. Most guys would agree to go out with me, because it wasn’t common for ladies to ask guys out.”

“Do you get guys hitting on you?”

“Yep. But I prefer to be the one chasing after guys.”

“Really! Haven’t you ever had guys who turned you down?”

“How did you react?”

“I asked them if they were crazy.”

“You’re so bold. I’ve been rejected before, but my reaction was nothing like yours. I cried in front of the guy…”

Yasuko and I work in marketing, but we specialise in different marketing fields.

About a year ago, she went from focusing on running paid ad campaigns to a marketing data analytics role. Her employer enabled her job switch by sponsoring her training. Today, she oversees marketing data projects and reports to top management.

We talked about what it took to work in a niche role like hers.

She told me about how her new domain knowledge enabled her to automate repetitive tasks and make work processes more efficient.

Already, her skills had attracted the attention of headhunters. Even without actively looking for a job, she has headhunters representing some big brands seeking her out.

What does she want to achieve next at work?

“Work on something that can help increase the company’s bottom line.”

I asked Yasuko if she had any big goals that she wanted to attain.

“I’ve been working in Singapore for several years now. Singapore has a great standard of living. But it’s also expensive to live here.”

She added, “More importantly, I don’t want to be too comfortable in one place. I feel like it’s about time for me to seek opportunities in another country.”

“I don’t plan to return to Japan anytime soon. Ideally, an English-speaking country with a decent sized international community. Perhaps Australia or Canada. Somewhere that has good opportunities for my husband and I.”

I felt happy for her, but a little sad too.

I would miss her so much if she did leave.

On our way to the train station, Yasuko told me, “You’ll be all right. You’re good enough. You just need a bit of courage.”

I couldn’t help but ask Yasuko, “Have you always been this bold since young?”

She laughed. “No, when I was little, I was super introverted. I enjoyed being alone and drawing in my free time. Kind of like you. My childhood was a peaceful one.”

For the next few days after we met, I felt brave and optimistic.