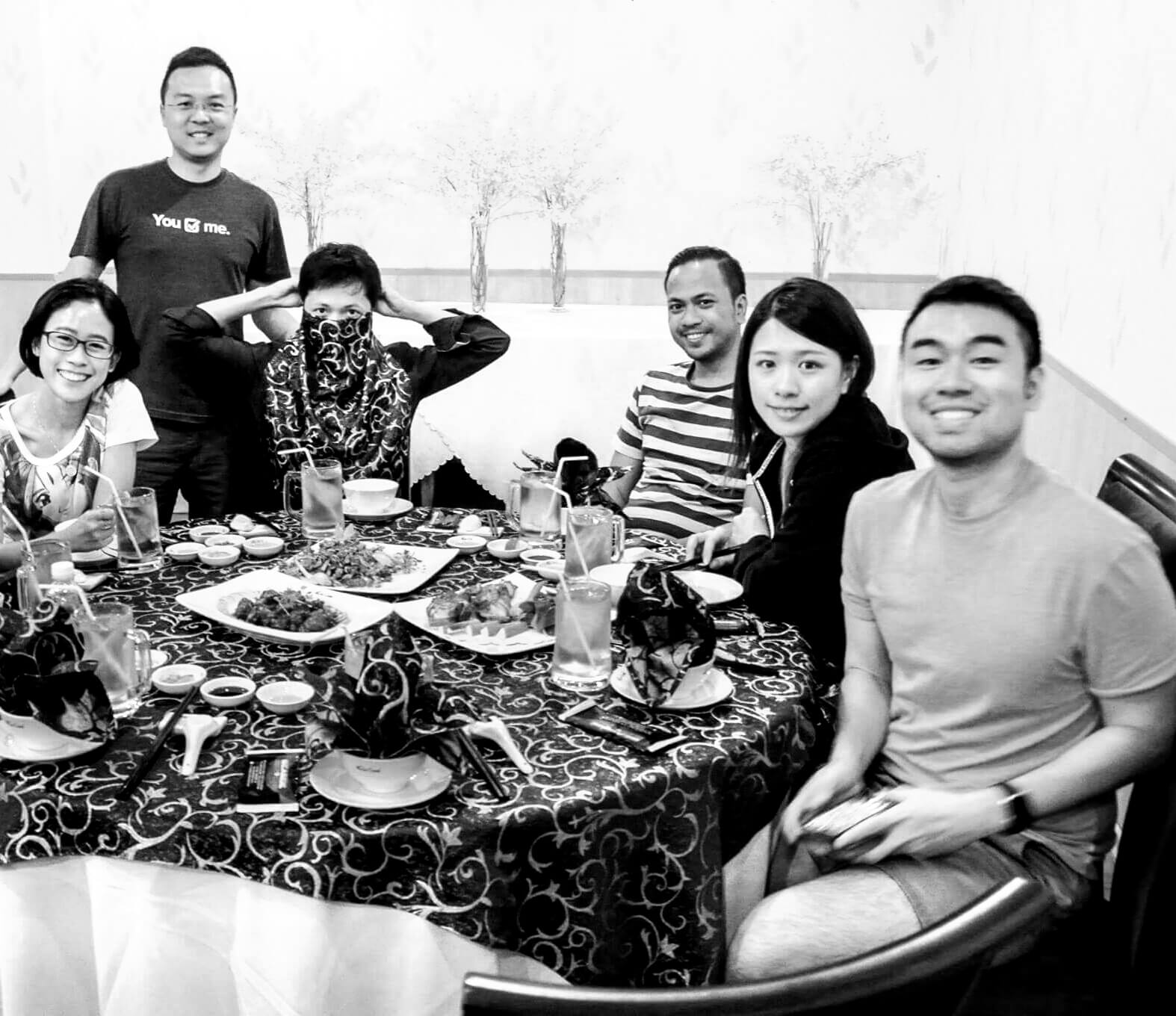 He’s not handsome by conventional standards. Not tall, rugged, muscular, or anything like that. He’s short for a guy, just a few centimetres taller than me. Skinny, with high cheekbones, and a sharp face. His large and intense brown eyes are framed by long eyelashes. He doesn’t smile much, but when he does, dimples bloom on his cheeks.

I didn’t notice him much when I first joined the company, but he noticed me.

I was fresh out of a crappy previous company, still reeling from pain and humiliation. I was not quite sure what I wanted to achieve in life either. All I wanted was to keep my head down, focus on my work, and minimise interaction with others. Peace and quiet.

But he started talking to me. He’d catch up with me during breaks, or encourage me to join him and the others at lunch.

It was bewildering at first. This strange guy, with his rough way of speaking and sardonic sense of humour, was talking to me. Why would someone who seemed so different from me have any interest in me?

Over time, he grew on me, and we spent more time together. We talked a lot. About our lives, our cultures, accomplishments, hopes, dreams, and more.

We don’t talk now, but I remember him with fondness and respect. He is one of the most fiercely independent, accomplished, and bold persons I’ve ever known.

I hope with all my heart that we’d meet again someday and catch up. I’ll never forget him, and the things I learned from him …

He read widely and wrote his own books

When he was about three, he started learning how to read. He was a voracious reader and soon devoured all the books at home. He read local literature, as well as old and modern classics from around the world (“my favourite is Les Misérables”). He even read children’s books in English and improved his language skills that way.

When he was 24, he wrote his first book. I think it was about his growing up years in his country. I’d love to read it, but he said it was hard to translate without losing lots of nuances.

He wrote two more books. I heard his works were well-received in his country. He even has his own Wikipedia page (local language only).

“Don’t just write a blog. Anyone can set up a blog these days. Try writing a book, as that’s more challenging” he advised. “In my country, if you are an author, it’s like, you’ve ‘made it’”

Key lesson: Before, I don’t think I seriously considered being an author. I was contented enough reading for knowledge and leisure, and writing my blog.

He got me thinking about how far I could go with my own love for writing and reading. Could I make an impact with words, like him? Dare I step up, and enchant the world with my stories, too? What’s stopping me from building my own influence?

He had humble beginnings. He spoke of mountains, growing up in a large family, and a rustic lifestyle in the rural South.

From his little home town, he moved to the city to do his university studies. Dropped out of it (“I admit, I was just lazy”).

He rose through the web development ranks fast. One day, he got an offer from our boss to work in Singapore. The richest country in the ASEAN region. He moved over and became the company’s Technical Director. All before his 30th birthday.

I met him in his third year with the company. The next year, we left. I got a new job in Singapore. He got a job in another rich country in another continent and moved over.

Key lesson: Growth happens outside comfort zones. It’s not easy uprooting and moving to vastly different places to work and live. But he’s done it, again and again, and with each move he’s progressed to bigger and better things.

He had an aura of self-assurance and cool collected calm

I was (and in some ways, still am) a wimp. At times, I didn’t feel confident about my work, or felt overwhelmed with stress, and it showed.

Not him. He was talented and skilled, and he knew it. He spoke his mind with confidence and could be counted upon to get things done. He may be a short, skinny guy with a sharp tongue. But he could command respect among subordinates, peers, and seniors.

One time, I was stressing out about something at work. He said, “Try this to put things into perspective: ask yourself, will this still matter so much one week down the road? How about a month from now? Or a year?” I smiled. Indeed, I was caring too much about something that was no big deal in the grand scheme of things.

Much later, I found out that he, too, was stressed about many things that were happening at work. I wouldn’t have known, from the way he carried himself.

Key lesson: How I communicate, no matter how I feel inside, is how people will remember me and respond accordingly.

He has gone far in his web development career.

He has led and managed teams, and even co-founded a company at one point.

He has a voracious appetite for learning and knowledge.

I don’t know what drives him to be such a go-getter. Many other people I know are content to just settle with a secure job and a comfortable life. Where is he heading to, and what does he hope to achieve? I never got to ask him those big questions.

But how empowering it must feel, to forge his own path in life!

Key lesson: I see that the world around me is changing fast, with “disruptions” happening left, right, and centre. I see that amidst the chaos, there are a lot of new opportunities popping up too.

I don’t want to wait for the future to happen to me. Like him, I want to grab the future by my hands.

As we talked, my mind expanded and I saw things I never noticed before.

I also realised that there had always been a maverick in me, too. A small spark, not full-fledged fire like his. But I never did much to nurture that side of me, until our paths crossed.

There was no bitterness or anger on either side when we went our separate ways. Things just didn’t work out somehow, and that was that. But he left me better than I was before: more fearlessness, ambition, and independence. Traits that burn bright within me today.

The last time we met was on an April evening, on the train. Both of us had left the company by then. To my utter surprise, I spotted him near the carriage door, staring at his mobile phone. For a moment, I hesitated. Then I realised that this may be the last time we’d see each other.

I walked over and said, “You haven’t left the country yet, have you?” A colleague had told me that he would soon move overseas to start a new job.

He looked up after a few seconds and his eyes went wide. “What are you doing here?”

“Oh, just returning home after an afternoon out and about on my own” I replied.

We caught up a bit on what we had been up to since we left the company. I told him about my new job, he said he’d leave Singapore in a week. For a moment, it felt like old times.

The train was approaching his stop. A knot of feelings welled up in my throat. So many things I wanted to say …

You’ve inspired me more than you know.

I’m so glad we met, even if it was for a short time.

Just you wait, I’ll be as accomplished as you someday.

I know you’ll do well out there; you’re tough as nails.

I’ll miss hanging around with you.

Instead, I said “all the best, wherever you are.” There was no need to say everything else. We understood in our hearts.

He smiled, wished me well, and walked out.